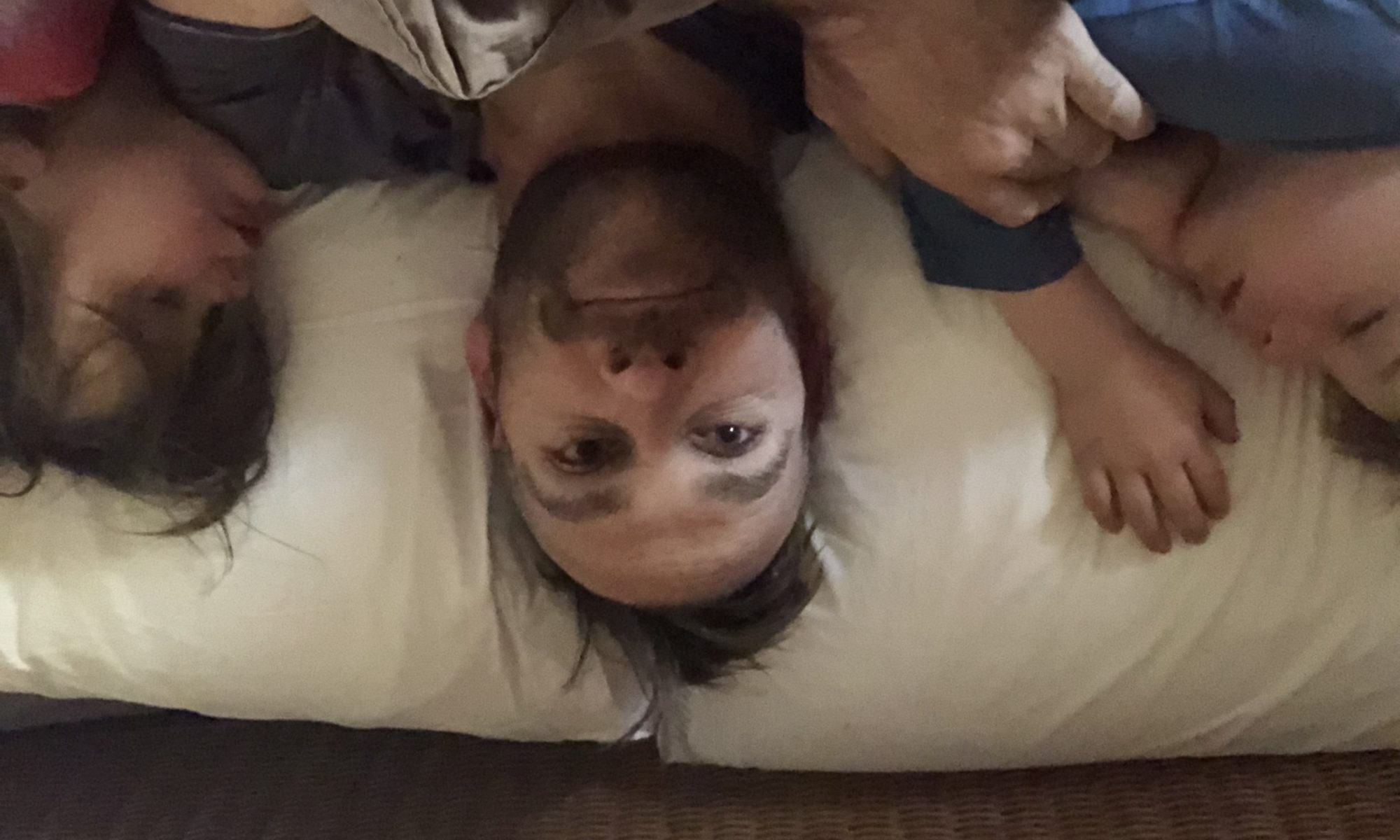 So this is me on Sunday morning (no makeup), it’s early, the sun hasn’t even graced us with its presence. I’m 41 and still get excited about the day ahead when I know it’s going to be fun. Evie and Noah are asleep, I do want them to wake but I remain very still as I flogged them the previous day with non-stop action. Noah has been sleeping with a smile on his face. I’m tangled up in arms and legs, which I love, a nightmare for some but a happy place for me.

A primary goal of mine with Louise’s cancer has been to minimise disruption for the kids. It’s come at a financial cost but to see them happy is extremely fulfilling. I am proud of this. It’s important to feel like you are achieving in some areas at a time filled with consecutive bad news. Lou and I, with the help of family and friends, have nailed the management of our precious little munchkins.

Evie is still oblivious to the current state of affairs, she’s too young and naive. Noah is very well aware of what is going on. He does at times get emotional and momentarily angry at his “mumma” about the situation, which is his way of expressing his frustration. He’s genuinely concerned that she’s not always present and healthy and that their future together isn’t guaranteed. Lou hastily turns his upset feelings around by pouring some love into him.

Lou’s had a horrible three weeks, one bad day after the next. You have to sore to the sky and look down with perspective though. Lying here with the little ratbags, disappointed their mum isn’t here with us right now (although the bed is too small where would she sleep?) but still appreciative of my fortunate life that has been and that still is.

I’m on a best mates farm when he isn’t even in the state. Noah’s hanging with one of his besties and I his parents. I’ve borrowed motorbikes for the kids from another mate. Today we’ll be hosted at a good friends house, so the kids can ride horses, eat ice creams, breath the county air and simply have fun.  The kids are nothing but smiles, all weekend.

Sure I still think about the reality and the enormity of the current shit-show we are in but when the kids are smiling, we’re smiling.

When Noah wakes the first thing he says is; “I had the best dream Dadda,” and proceeds to tell me about all of these tunnels and slides that went down, around and underneath the house. It actually sounds pretty fun, I’m a little jealous. Evie is hungry.

2 Replies to “The Little Ratbags are Happy, I’m Happy”