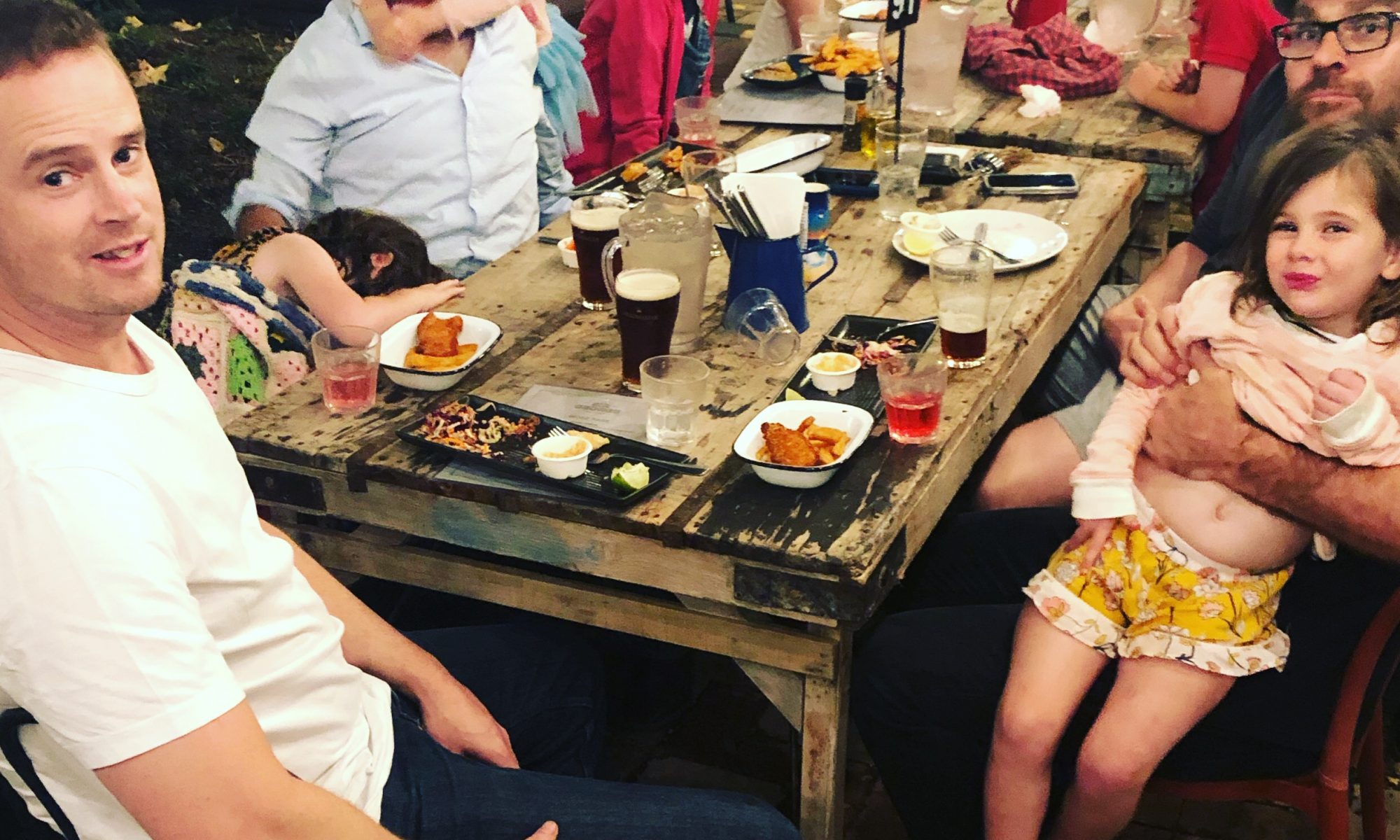 About a month ago, on the first weekend of April, I organised a weekend away with a few other dads that lost their wives to cancer.

Unfortunately one of the dads had to pull out at the last minute because his daughter was very ill during the week. He’ll be on the next widowers weekend away for sure.

Out of the three dads that joined me, we had nine kids between us. Thomo; three, Craig, Josh and I each have two little munchies. A nice little posse of motherless families that were dealt a rough hand.

My original goal was purely for the children to understand that they are not alone and that there are many other kids in the world that don’t have mums. The weekend was a real winner, not just for the kids but for the dads too.

Tennis, swimming, dolls, motorbikes, horses, dress ups, tip and bullrush on the lawn, a dinner out at at the Sir George Hotel in Jugiong, a cracking BBQ on the farm, beers (for the dads) and some good chat for all.

The best win for me is that the kids loved it and they all got along like a house on fire.

Although I didn’t originally plan it like this, having this weekend leading into a big month that contained school holidays, Lou’s birthday and mothers day was good timing. I think it settled the kids a little. The county air and being off the grid can do this on its own, add a few solid families in the same unfortunate circumstance and the lasting result was invaluable.

I am looking forward to doing this again when Rory and his little tin lids can join us. But thats it, this is a group that DOES NOT need any more members…….