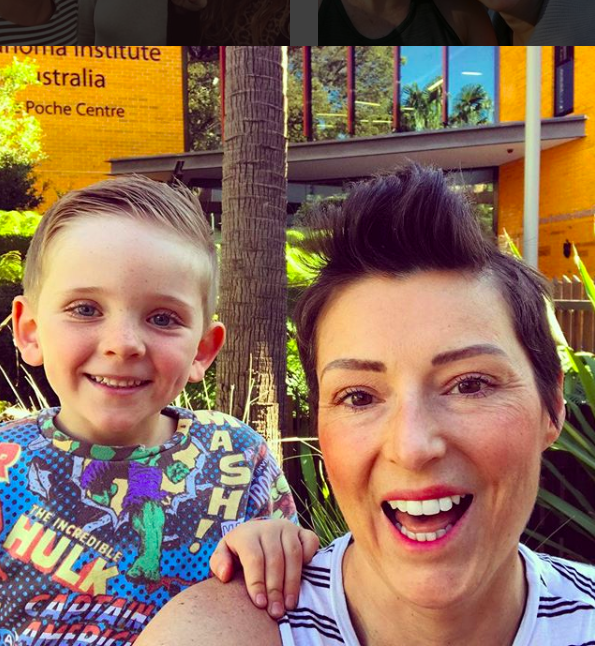 It’s been seven days since Lou’s oncologist dropped the mother of all bombs on our lives. Yeah, we’d been living with cancer for over a year. Yeah, Lou had been brutalised with 14 months of barbaric treatment. Yeah, it disrupted our lives as we ran the cancer gauntlet while trying to keep some family structure. But yeah, “we’d be right mate.” We were always going to come out the other end, bruised but better for it, challenged but successful, flogged but winners. Not this time. By any means, don’t count us out, another game starts and we’re preparing for all-out war. But we lost the opening battles and the odds are tipped against us.

So what does the last seven days look like? Well, I hired a lifeguard for the home as I was worried the tears were going to push the water level above the kids wading height. Family, friends, big grown men, rugby players that were on-field enforces, country boys with calloused hands and stoic hearts, all reduced to tears. After three days of essentially mourning, we sprang back into action. Since Tuesday we’ve met with two cancer professors, three oncologists, a naturopath and several doctors. Our calendar is just as populated this coming week.

A massive thank you to those that made calls and opened doors. Peoples prompt response to just make shit happen has been remarkable. Thank you for the love and thank you for the tears, all shed for Lou. Tears of empathy, tears of sorrow, tears of anger, tears of gut-wrenching pain. Thank you for your unwavering support. I echo Lou’s last social post that the love expressed, both physical and virtual, has supported her limp and exhausted body. It’s propping her up so she can stand on her own two feet again.

I’m a fairly private person. My social media posts are nothing but an embellished snapshot of the good times. Motorbikes, skiing, holidays and a plethora of proud parent snaps of the two best kids on earth. The best kids in my biased eyes anyway. Lou has let it all hang out over the past year, it’s motivated me to keep the transparency moving and contribute, especially when she can’t. So I’ve started this blog, I have no idea where it will end up. Perhaps a detailed narrative of the next twelve months, maybe some preserved words for Noah and Evie or some motivation for the next cancer number thrown to the wolves. Maybe just a post or two that becomes nothing but forgotten pages buried deep in Google’s servers.

Apart from my two previous updates about Lou, you won’t find any emotional words from me online. I’ve never displayed affection publicly, it’s been my preference to do this in the comfort of my own home, and perhaps more through actions than words. For those close to me you are well aware I am a man of minimal verbal dialogue. Often zero words in a social arrangement (I don’t apologise). So this public journey will be interesting, therapeutic – hopefully, and maybe even uncomfortable for someone aloof like myself. However, I’ll dabble in taking you for a ride on the cancer rollercoaster. Hopefully, Lou will do most of the posting.

I’ve got a big day today. I’m going to tell my beautiful boy, the most sensitive, emotionally connected five-year-old on the planet, about the current situation that is. I think I might do it at the BMX track.

24 Replies to “So What Does The Last Seven Days Look Like?”